What we usually know about billionaires is that they have more money they can spend. However, we often forget to ask ourselves what is the mental process that brought them where they are now. While they are owning the world’s greatest fortunes, one of their biggest secrets is that they don’t spend money, but they accumulate it. To get you inspired to have a billionaire mindset, we have curated lessons you can learn from the 10 Billionaires to save money, live better.

The Billionaire Who Surf Couched at his Friends

We are starting with the world’s richest billionaire, Elon Musk, whose estimated net worth is $269.5 billion, according to Forbes. While before he had a special bedroom at his Space X quarters, now he doesn’t even own a home. In a TED intreview he disclosed that he mostly sleeps in his friends’ spare bedrooms.

“I don’t even own a place right now, I’m literally staying at friends’ places,” he explained further.

“If I travel to the Bay Area, which is where most of Tesla’s engineering is, I basically rotate through friends’ spare bedrooms,” Musk added. Though these facts might be surprising, considering they are coming from a billionaire, he revealed a luxury habit he indulges in.

Despite the Tesla and SpaceX founder’s surprising lifestyle, the billionaire tech magnate did reveal the one luxury he indulges in.

It’s his private plane and his explanation is simple: “If I don’t use the plane, then I have less hours to work.”

Wayne Dyer wasn’t only a spiritual leader, but if we pay close attention, we can also learn how to master budgeting from him. Dr. Wayne W. Dyer was an internationally renowned author and speaker in the fields of self-development and spiritual growth. He had a career spread over 40 years and he produced more than 40 books, including 21 New York Times bestsellers.

His fortune was impressive and exceeded 20 million dollars. He is on our list due to his innovative way of thinking. While being a kid he went from one orphanage to another while his mom was trying to earn money. He was a very wise little kid as if there was a fight in a group of children everyone would go to him for advice.

That period placed a deep imprint on the way he viewed money as he was very “cheap” from his children’s perspective and would never spend it on things that weren’t a necessity. He also recalls, after having millions that he took the toothpaste his kids threw in the garbage to squeeze the last drops of it.

Whether this event might seem exaggerated, many rich people have a similar mindset. They never throw things that aren’t totally empty.

A very interesting fact about Wayne Dyer was that he considered everyone a genius. For him being a genius is linked to the potential of every human being and it’s upon them to realize it. The secret lies in your consciousness and soon as you become more conscious about your life, choices, and way of thinking, the sooner you’ll reach your full potential.

Have you ever imagined that billionaires can go to thrift stores?

Rich people don’t go spending money just because they earned them. This is what Ilene Davis, author of Wealthy by Choice: Choosing Your Way to a Wealthier Future, discovered when she went from having a moderate income to earning the big bucks.

One of the best examples of how she saves money is her passion for thrift shopping and consignment shops. Ilene has even dedicated an entire chapter of her book, “Unfashionably Rich”, to empowering people through smart financial choices. In the chapter she is displaying four different pairs of jeans and asks the readers what is the difference between them. One pair is $132 and the other three combined are around $12.

“I also only buy used cars and will opt to watch movies with friends at home instead of going to the theater,” she explains. Every frugal way to save is on Ilene’s list and it can be a starting point, especially for those of us who like to hoard clothes and other objects.

The CEO who Uses Only Cash

Actually, this next practice is very popular among billionaires. By paying only with cash they avoid touching larger amounts of money. It might take a little discipline, but the satisfaction of mastering budgeting is guaranteed.

John Savin, the owner of Savin Wealth Management, has worked with many individuals having a net worth starting from $1 million. He shares his perspective over the way millionaires view their finances versus the masses: it’s about the cash flow.

Savin explains: “millionaires are hyper-critical of their inflow and outflows of cash, particularly the expenditures. Money is a tool that should work harder for you than you for it.”

Further, he shares a tip that will help us manage our cash flow without having to check our bank account periodically. “Pay for items in cash. If you can’t, do not buy it.”

Warren Buffet is well-known to have had only one mortgage throughout his life, on a vacation house bought in 1971. He advises people to never take loans, except for homes.

“If you get a 30-year mortgage it’s the best instrument in the world,” Buffett explained to Yahoo finance. “I thought I could probably do better with the money than have it be an all equity purchase of the house.”

It’s a known fact that home mortgages have lower interest rates than credit cards and personal loans. The advantage is that after you pay the mortgage the house is all yours.

Another great tip from Warren Buffet involves how we prepare our food. He has the money to hire the world’s best chef to cook his meals but he doesn’t. He prefers simple inexpensive dinners and avoids expensive restaurants.

Moreover, he often opts for breakfast at McDonald’s and usually prepares his own lunches. He doesn’t even buy cheap cups of coffee, (not even mention Starbucks), as he prefers to make his own. Considering the prices for food has increased 10% according to government data, these are tips we might want to follow.

Work Towards Your Financial Goal – Backwards

Brian Lim, millionaire, and CEO of INTO THE AM and iHeartRaves has an interesting theory about how to make money. He believes you have to think of money in reverse.

“Figure out a specific financial freedom number as a goal, then calculate backward on how much you need to earn to make it hit that goal”, he advises. By breaking down your goal, you can begin to understand deeper what are the steps you need to take towards reaching your target.

For example, if your goal is to make a million dollars in 5 years, you will start searching for better-paying jobs, take extra courses to help you upgrade your position, and get new opportunities that weren’t available when you weren’t in this new mindset. It all comes to discipline, planning, and sticking to it.

The very popular talk-show host and author Dave Ramsey has advice on how we can make more money by saving it. He talked about the system in different interviews and has it displayed on his site. The envelope method is old as time and has great results.

By taking different envelopes and attributing each to different spending categories you’ll simplify your life. Put aside envelopes for groceries, bills, loans, savings, and don’t forget the leisure either. When the money runs out, you cannot touch any amount until next month.

You already have lots of bills to pay right now, so thinking about the future might be a goal it’s easier to postpone. However, putting money aside for your retirement might be one of the best moves you’ll ever take.

This is the advice the billionaire John Crossman gives when it comes to budgeting. He is the owner of the real estate company Crossman & Co. “Max out 401(k)s and IRAs because I don’t know a better investment vehicle,” he advises. “If your company matches, then it is free money. It grows tax-free, and the payment penalty prevents you from pulling money out early. It’s the best investments I have made.”

And even if you can’t do that just yet, Crossman suggests to start contributing as early as you can. “Even if it is the bare minimum, start now, the younger, the better.”

Ryan Stewman, millionaire and best-selling author known as the “hardcore closer” believes in the cash-paying method and he adds to that the new budgeting practice: automatically saving his money.

“Every week I have money automatically transferred from my checking to my savings. When I was young it was $25 a week. Now it’s about $1,000 per week. I never miss the money, and I can’t see it in the savings account without logging in.”

By setting up a weekly amount to be transferred automatically, you won’t even observe them missing but the amount will add in time. Stewman has a full decade of savings and he uses it to invest in blue-chip stocks. 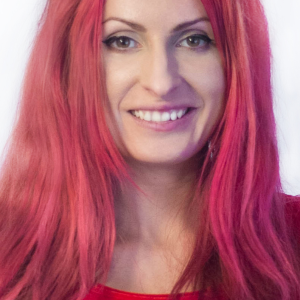 Get The Latest Updates

Subscribe now to receive the latest news, advice from experts & much more!

Menu
PrevPreviousHow To Budget Money On A Low Income?
Next9 Proven Strategies On How To Pay Off DebtNext
On Key

Getting a loan is increasingly becoming easier, and it’s easy to find yourself buried under a pile of debt. Is there an easy way to

Literally everyone on the planet wishes they would be richer. Before learning and mastering the tools that will help you get rich, start with the

It’s health plan exchange season again. Many people who chose Obamacare insurance in the past are currently rethinking their strategies and options. This is because

What we usually know about billionaires is that they have more money they can spend. However, we often forget to ask ourselves what is the